Mondello a dip on the free beach

Sicilylab is an online travel guide dedicated to the city of Palermo and Sicily in general. It offers detailed information on the main attractions of the city, such as the Teatro Massimo, the Cathedral of Palermo and the Ballarò Market. It also provides tips on activities not to be missed, such as a visit to the catacombs of Palermo and a boat ride along the coast. The travel guide also includes tips for organizing the visit, such as the best hotels and restaurants in the city, and tips for excursions outside the city, such as the nature reserves of the Madonie Park and the ruins of Magna Grecia. Palermo-24h is a precious resource for those who want to plan a holiday in Sicily and want to discover all that the region has to offer.

When to go to Sicily

Sicily is a very diverse region that offers a great variety of tourist attractions and therefore can be visited in all seasons. For a beach holiday, the best months are the summer months, but to avoid crowds and save on flights and hotels, it is recommended to choose the beginning or end of summer. The warm temperatures of Sicily allow you to swim from mid-May to October. For a cultural holiday, however, it is not recommended to go to Sicily in July and August, as the archaeological attractions may be too hot to visit. For trekking the best time is spring or early autumn to enjoy the mild temperatures and long hours of light without risking insolation and dehydration. Finally, for lovers of skiing and snowshoeing, winter is the ideal time to visit Mount Etna.

What to see in Sicily

To help visitors plan their holiday in Sicily, we have divided the list of attractions to see into several macroareas. This makes it easier for travelers to decide which places to visit based on their preferences and the time available. For example, macro-areas could include major cities such as Palermo, Catania and Messina, the coasts of the island, such as the northern coast with its sandy beaches and cliffs, and inland areas with their rural landscapes and active volcanoes. In addition, macro-areas could also include cultural attractions such as Greek and Roman ruins, archaeological sites and baroque and rococo treasures. Using this subdivision into macroareas, visitors can easily plan their travel itinerary and make sure they don’t miss the most important attractions of Sicily.

This itinerary is designed for those who land at Palermo airport or Trapani airport and want to explore Sicily.
Palermo, with its baroque architecture, street food and its mix of cultures, is an excellent base for exploring the region. Around Palermo, you can go to Scopello or Castellamare del Golfo for a bit of sea, or you can reach Cefalù, a lovely village along the northern coast of Sicily.
Moving east, you can make a stop at the Zingaro Nature Reserve in San Vito lo Capo, to cross on foot along one of the most beautiful hiking trails in Italy, and one in Trapani, from where you can reach Erice with a historic cable car.
Continuing south, with stops in Marsala to taste a good glass of wine and in Mazara del Vallo to admire the Dancing Satyr. Do not miss the opportunity to admire the timeless beauty of the ancient ruins of Segesta, Selinunte and the Valley of the Temples of Agrigento. Enjoy a bit of deserved rest on the beaches of Memphis or Sciacca and do not miss the magnificent Scala dei Turchi, a beach topped by a very particular cliff.

This proposed itinerary aims to discover the beauties of Sicilian Baroque, starting from Catania airport. You will travel through the cities of Noto, Ragusa and Modica, located south of Catania. Along the east coast, to the south, you will meet Syracuse, one of the most popular cities in Sicily, and to the north Taormina, famous for its Greek theater in a panoramic position overlooking the sea. Marzamemi is another characteristic stop of this itinerary, a fishing village made famous by the television series “Il commissario Montalbano”.

The most beautiful beaches of sicily

Sicily is a wonderful island, not only for its beaches and its sea, but also for its characteristic villages.
One of the most beautiful villages to visit is Erice, considered one of the most beautiful medieval villages in Italy, located on top of a hill with a unique location and architecture that does not correspond to the stereotypical image of Sicily.
Three other villages not to be missed are Cefalù, Marzameni and Noto. Cefalù is a characteristic town with colorful houses and a charming beach, Marzameni is a picturesque fishing village located between two seas, while Noto is the baroque capital of Sicily with a unique elegance and opulence.
There are also other less known villages such as Scicli, Modica, Ragusa Ibla, etc. offering ancient artisan traditions, local gastronomic specialties and excellent Sicilian wines to discover.

Sicily is a land with ancient origins and a glorious past, which has seen the emergence of Magna Grecia and the Roman Empire.
Testimonies of that time are still visible in the temples, ruins and works of art that can be admired in museums and archaeological parks of Sicily.
The Valley of the Temples of Agrigento is considered the symbol of Sicilian archaeology, but also the archaeological sites of Segesta and Selinunte are of great interest.
Taormina offers a unique experience, where the past is not only an attraction to be admired, but also an event to be experienced, such as the magnificent Greek theater that is still used for theater, dance and music performances with a breathtaking view of the sea.

Where to sleep in Sicily

Sicily offers a wide choice of holiday accommodation, including luxury resorts and all-inclusive villages, beachfront holiday homes and apartments, city centre hotels, B&Bs and guest houses in the smaller islands. The best facilities have been selected based on the votes and popularity among visitors to Sicily and you can find them in the links in description

How to get to Sicily

Sicily is easily reached by booking a low cost flight from many Italian airports, with direct flights to Palermo, Trapani, Catania and Lampedusa (in summer).
Alternatively, you can travel by sea by taking a ferry to Palermo from Genoa, Naples, Civitavecchia, Salerno, Livorno and Cagliari.
Other possible ports of arrival for Sicily are Messina and Milazzo.
For those who want to travel around the island by car, you need to take a ferry from the mainland to Messina.
Ferries to the Aeolian Islands, Egadi and Pelagie depart from Palermo, Trapani and Porto Empedocle. It is advisable to book ferries in advance.

The identity cards found in the Messina Denaro hideout investigate…

A recent development in the investigations into Matteo Messina Denaro’s fugitive has revealed that 5 blank identity cards, found in…
31 mins ago

Region, Messina commissioner: “Aggression to the fund for autonomy at…

The government of Sicily has provided for a fund of 327 million euros for local autonomies in the financial manoeuvre.…
53 mins ago

After seven days of intense work, Palermo is preparing to return to the field. Next Sunday the rosanero will face…
1 hour ago

Palermo, unions in a state of turmoil at Villa Sofia…

Aurelio dal Pontedera, born in 2000, arrives at Palermo from Pontedera in Serie C. The full-back has impressed with his…
2 hours ago

Saitta and Zignale out of ‘First Italy’: “There are those…

“We hereby announce our exit from the Prima l’Italia council group. Our choice is motivated by a series of reasons,…
2 hours ago

Classrooms without heating at Marco Polo in Palermo, the manager:…

Despite the protests of the students, the didactic direction of the Marco Polo Technical Institute for Tourism in Palermo claimed…
3 hours ago

Prefect Cucinotta: “On the intimidation suffered few complaints from the…

The Passo dei Briganti farmhouse, located 4 km from the Valley of the Temples, offers its guests a unique stay…
3 hours ago

Gennuso acquitted of the charge of exchange vote with the…

Giuseppe Gennuso, former regional deputy of Rosolini, was archived as part of the investigation by the District Anti-Mafia Directorate of…
4 hours ago

Anci Sicilia, after Orlando, Amenta is the new president: «A…

Anci Sicilia has elected the regional council and the president of the association, Paolo Amenta, mayor of Canicattini Bagni. The…
4 hours ago

Where to sleep in sicily

The Sanctuary of Santa Rosalia 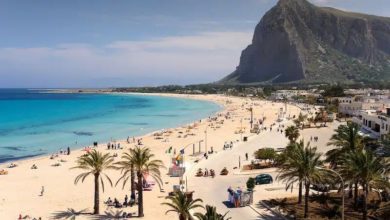 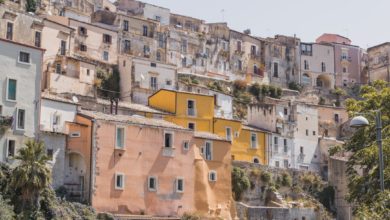 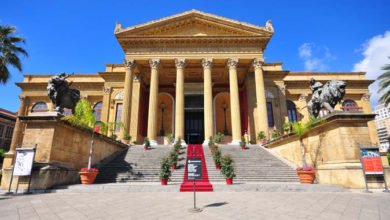 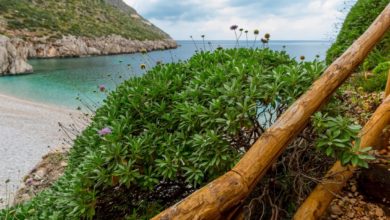