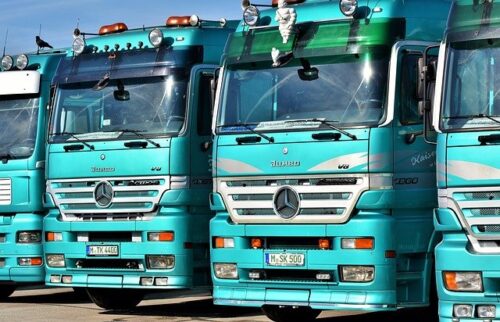 (SAY) Palermo, 5 Apr.
– Food and basic necessities collected by Palermo for the Ukrainian people risk being lost because there is no means to transport all the material from the Sicilian capital to Przemysl, in Poland, where the Village has been set up Italy.
The alarm was raised by the municipal councilors of Palermo enrolled in the Avanti group together, Valentina Chinnici and Massimo Giaconia, as well as the president of the sixth district, Michele Maraventano.
What has been collected is now in pavilion 24 of the Mediterranean Fair, where the volunteers of Roe, Era, AssoFante and the civil protection of Palermo work, with the contribution of other voluntary organizations and third sector entities from all over Sicily.
.

“We risk wasting and losing what the Sicilians have donated and continue to donate for the population of Ukraine – affirm Chinnici, Giaconia and Maraventano – because the truck that should make this trip costs 2,500 euros, a sum of which we do not have.
We therefore ask for a small economic contribution from those who can and want to do so to concretize solidarity for the people of Ukraine.
Certain that the heart of the Sicilians is great – add Chinnici, Giaconia and Maraventano – we also turn to the mayor of the metropolitan city of Palermo and the president of the Sicilian Region so that other premises are made available to contain all basic necessities, which are now arriving from all over Sicily, thinking of means of transport for their transfer to the first reception centers set up for refugees, which are located on the border with Ukraine “.
The two municipal councilors and the district president also disclosed the bank details to make the transfer to a Banca Etica account: beneficiary Emergency operational grouping; Iban IT58D0501803200000012229621; causal ‘Ukrainian Mission’.
(Sac / Dire) 12:15 05-04-22