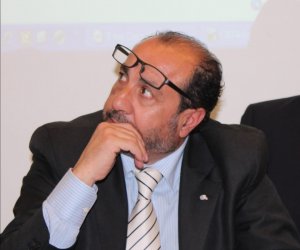 From Monday, albeit late, in Trapani, the vaccination campaign for the prison police officers serving at Pietro Cerulli will be launched.

This was announced by the general secretary of UilPa, Gioacchino Veneziano: “We know of the difficulties that every Asp is experiencing at the moment, but it is really inexplicable to record such a slowdown, considering that for over a week other provinces have started administering the vaccine”.

In other cities, the campaign has already begun. “In Catania, despite the presence of several prisons, including Piazza Lanza, Bicocca, Caltagirone and Giarre, – points out Veneziano – colleagues have been vaccinated, and yesterday that the campaign of vaccination “” We hope, – concludes the UilPa secretary, – that no further obstacle to the rapid vaccination of the prison police of Trapani and Favignana will fit, because it would not find justifications in cases of contagion, so as to be able to compromise order and security, and also with dangerous consequences for the organization “.

The management of the prisons of Trapani has told the trade unions that the administration of the vaccine produced by AstraZeneca for the prison police will take place in the afternoon, including Saturdays and Sundays.