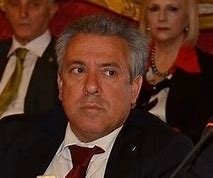 Trapani city councilor Silvio Mangano has affixed his signature at the bottom of the motion to call the referendum for the merger of Trapani with Erice. Motion presented by his colleague Anna Garuccio.

“Consistent with the battles made for the Big City, – declares Nino Oddo regional secretary of the PSI – our councilor in Trapani, Silvio Mangano, has signed the motion that provides for the establishment of the referendum for the union of the municipalities of Trapani and Erice” .
The idea of ​​the referendum was born after the birth of the new municipality of Misiliscemi which brings together eight Trapani fractions. The fear feared, in fact, is that Trapani after the split could lose the scepter of the provincial capital.

A fear that also travels on social networks. The “Erice and Trapani for the referendum” Committee was set up on Facebook.