The small Sicilian folk music orchestra Angelo Daddelli & the Picciotti on August 15th played for Madonna during the celebrations for her birthday in Marzamemi. The pop star personally chose the group formed by Angelo Daddelli (voice, guitar, marranzano and friscaletto), Nino Nobile (mandolin), Roberto Gervasi (accordion), Mattia Franchina (double bass) and Irene Giliberti (tambourine) to entertain with music from the authentic Sicilian roots the small group of its guests: friends, family and staff.

“Seeing Madonna dance to the song Embrace yourself – says Angelo Daddelli – it was like seeing the reunion with its origins belonging to Southern Italy flow in a moment. A past that she has within herself, in her intimacy, and which inevitably re-emerges when sounds and words belonging to her origins run through her. Shortly before leaving, she thanked us and greeted us by sending us kisses with her hands. During the evening her manager came to me, personally congratulating us on our performance and also telling me that her short hair looked good on me, as she had seen me in a video with long hair. On the song of A luna in menzu u mari daughter Lourdes joined me and hinted to dance with me while I sang, Madonna at that moment encouraged her guests sitting at the tables to clap their hands on the song. It was a dream for us to play on the birthday of a celebrity like Madonna, even more so when we learned that she chose us in person. At that moment we represented musical Sicily, so we were honored to be its standard-bearers ».

«Tradition is a living thing that continues to evolve in the present – explains Fabio Rizzo, producer of the small orchestra -. With 800A Records and our artists we want to contribute to this phenomenon with an increasingly contemporary and international approach. Popular music, when not confined to a folkloristic case, is the pop language par excellence, as the word itself says. Being chosen by Madonna is the greatest confirmation we could imagine ».

Sicilian birthday for Madonna: the star is in Noto with her children and the entourage of 100 people 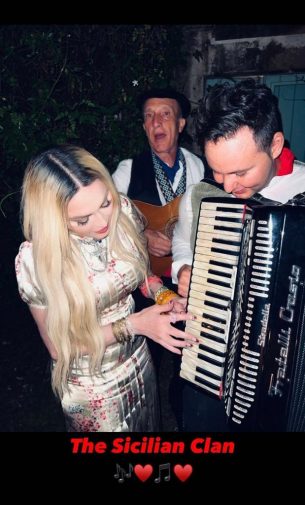 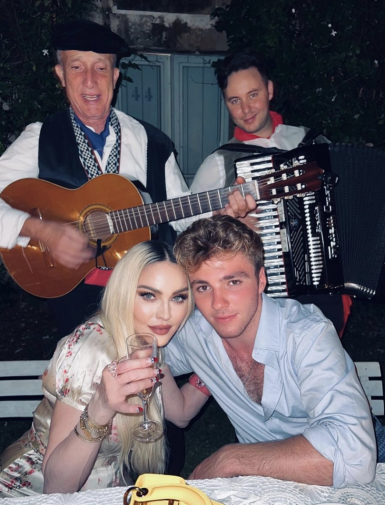 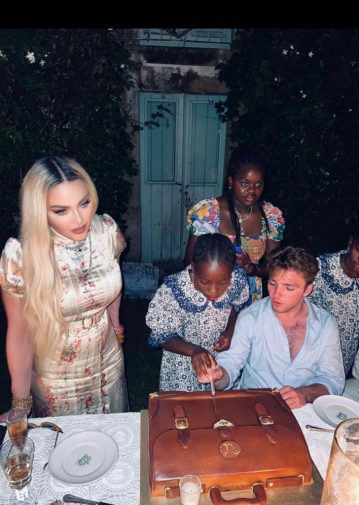 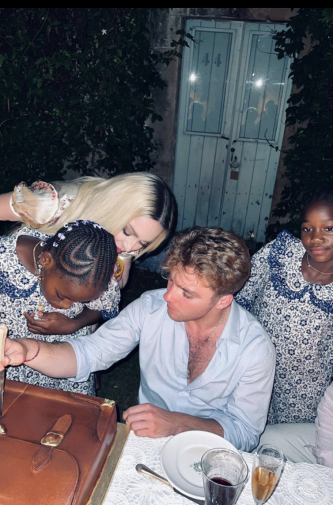 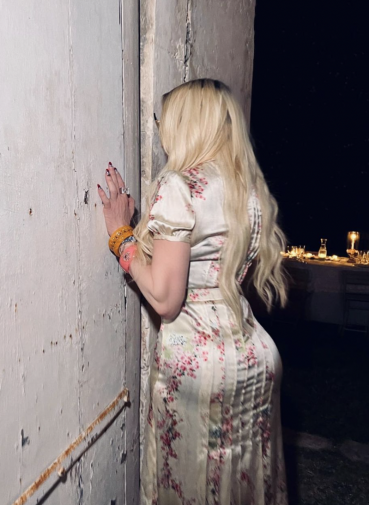 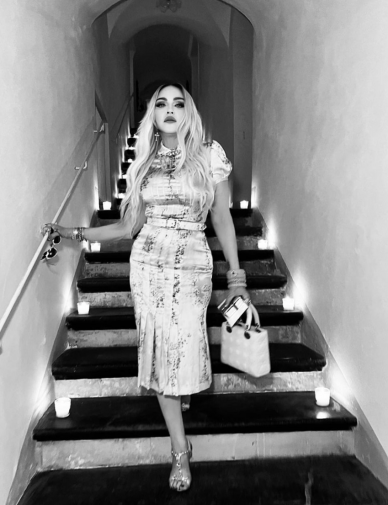 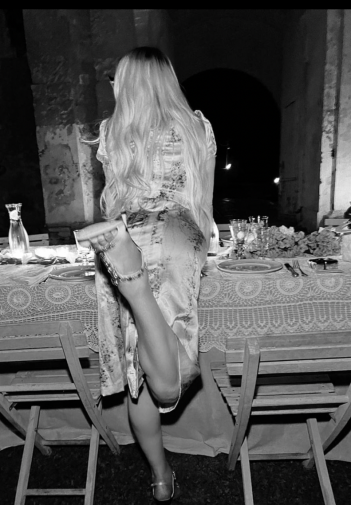 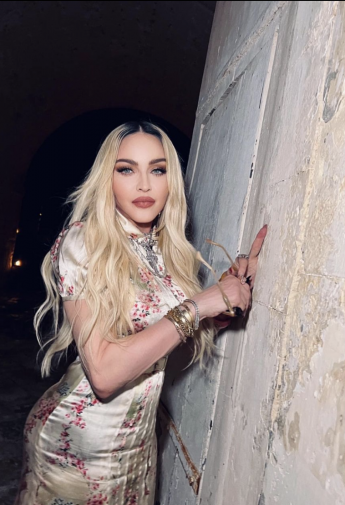 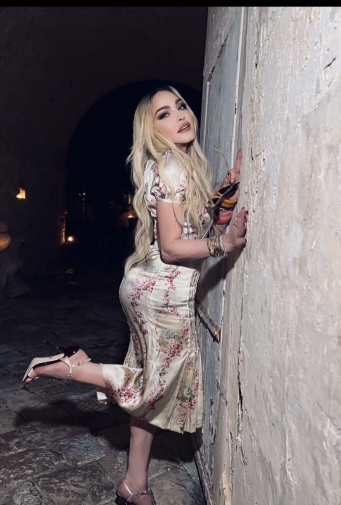 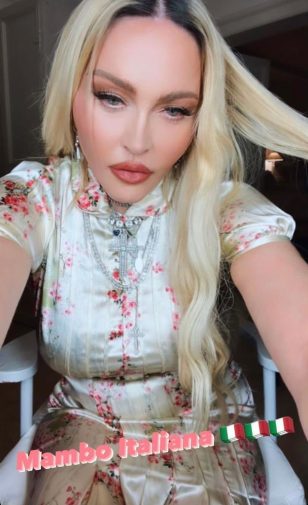 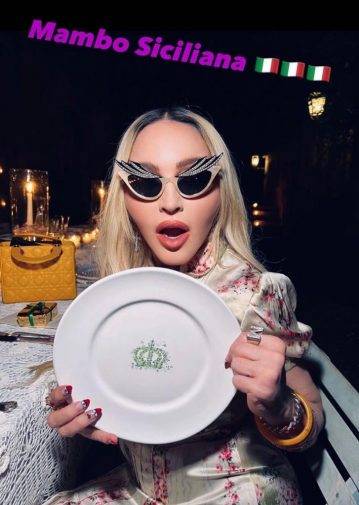 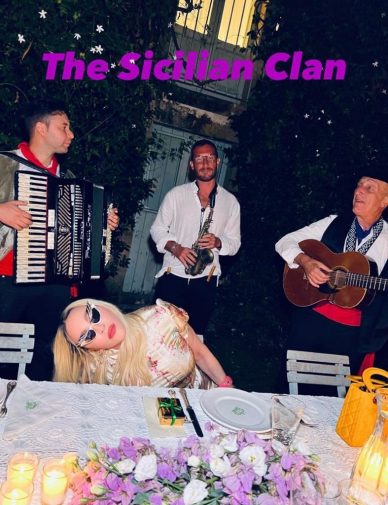 The small Sicilian folk orchestra dei Picciotti was born in 2014 in Palermo from an idea of ​​Angelo Salvatore Daddelli. The ensemble is composed exclusively of acoustic instruments such as classical guitar, double bass, mandolin, mandola, friscalettu (the reed flute), tambourine, cianciane (cymbals), accordion and marranzano (harp). In the first years of activity the band performed daily in the street, among the alleys, squares and local markets of the historic center of Palermo. A period of intense live activity in the clubs and social commitment begins alongside the various cultural associations operating in the city and, in 2016, an entire episode of the documentary «Musique. rfi.fr “of Radio France International is dedicated to picciotti, with the title” Destination Palermo, le renouveau du friscaletto en Sicile “and participate in the Ballarò Buskers Festival in Palermo. In 2018 the first single comes out, Comu si beddra, and they perform for the Rai history documentary «Palermo Arab Norman, journey into beauty» and are invited to France. In 2019 they present the show Sciavuru di Sicilia to the public and in September they collaborate with the Nigerian artist transplanted to Palermo Chris Obehi ne The siminzina to pay homage to Rosa Balistreri. In 2020 their first album was released and on their web and social channels the group reached extraordinary numbers in a few months, with live performance videos that have collected more than a million views, a sign of the great attachment to the music of their own. land by the Sicilians in the world and by the curiosity it arouses in the rest of the listeners.

The music of the picciotti, an authentic Sicilian root, is often used in television broadcasts, TV series and films. In January 2022 they are invited by the Italian Pavilion to the Dubai Expo (United Arab Emirates) for exhibitions highly appreciated by the international public. The video comes out in April A luna in menzu u mari, shot entirely in the historic Palazzo Alliata di Villafranca in Palermo, thus inaugurating the new format that allows the Little Sicilian orchestra to dialogue with the characteristic places of Sicily. The second location is in fact the Anchovy Museum of Aspra, in which the video is set Lu cunigghiureleased in August 2022 and which reached 30,000 views in just 24 hours.