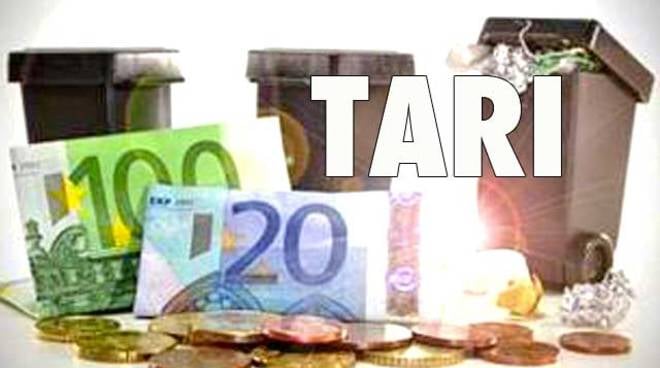 After Commissions, Municipal Councils, press releases, articles, there are still many obscure points of Tari 2021.

tarrifa tari
In view of the City Council on Wednesday 8 July, which should definitively approve the resolution on the new Tari, we formulate the 27 questions to which neither the Municipality nor Messinaservizi common good have yet given an answer.
Enjoy the reading.

2. Is the TEFA tax for the Metropolitan City of Messina included in the amounts of the PEF 2021 above? How much is the TEFA for 2021, given that the costs have increased and the TEFA is 5% of the cost of the service?

4. The difference in the total of the PEF 2021 is about 6 million compared to 2020, about 8 million for 2019 and about 10 million for 2018: it is always the fault of the new ARERA rules or these increases are actually explained by the increase in the cost of services?

5. It was declared by the competent executive in the board committee that the increase in the amount of the PEF 2021 is due for approximately 4 million to the doubtful credit fund and for approximately 1,300,000 for the discarded landfills and reclamation. The question arises: has the credit fund increased this year by about 4 million or has it actually reached 4 million, adding in practice a further sum to the fund which in 2019 was already about 1,800,000? And how much was this fund in 2020?

6. What are the details of the costs for disused landfills and remediation, the amount of which is equal to over 1,300,000 for 2021? A part of these sums have actually always been covered by the Tari (streams, beaches, abandoned waste), while for disused landfills the costs have always been borne by the municipal budget. Now that according to the new ARERA regulation these last costs must be included in the PEF, the sums saved by the municipality because they are not destined for further benefits for users?

8. Why have the indicators for some commercial activities changed upwards again, leading to an increase in the tariff for these categories?

9. On page 19, the table “Change in the number of taxpayers with respect to the data processed for the 2020 tariff plan” shows three out of four totals that are incorrect or unclear. This is no small matter since it is not clear, for example, if the number of users is 115,718 (wrong total) or 119,542 (correct total)

11. Why are there no social reductions this year too?

12. There is talk of an increase in the share capital of MSBC, approved at the end of 2020, of 500 thousand euros: with what funds was it financed?

13. Were the costs of the outsourcing of part of some services during 2020 equal to the costs foreseen in the PEF or were there any savings thanks to the auction rebates? And if there were these economies, shouldn’t they have been “returned” to the citizens?

1. It is clear that the estimates of the RD’s revenues may differ from the definitive values. However, extrapolating the “definitive” values ​​that appear in the various PEF 2019-2021, it is highlighted that the revenues are higher than the forecasts for approximately Euro 800,000. The question arises: how was this money used? Weren’t they “returned” to citizens in TARI?

2. The table of separate collection values ​​per year shown in the PEF is incorrect. According to the data validated by ISPRA, the 2019 figure went from 23.2%, declared by the municipality, to 18.8% validated by ISPRA. The figure of 31.2% in 2020 by whom was it validated?

3. The estimate of revenues from separate collection in the PEF 2021 is € 1,779,043, while in the report presented by Pres. Lombardo to the committee it is € 2,141,000. Why this difference? If Lombardo’s data is true, why not include it in the PEF thus reducing the cost of the TARI?

4. Why is the saving of landfills low (607,078 euros) despite the declared increase in the differentiated waste? (page 29)

5. How much waste is produced in 2020 and how many do you think will be produced in 2021? Has there been an increase or rather a decrease in the waste produced, as has happened throughout Italy? And if there has been, as can be expected, a reduction, how come the disposal costs always remain the same?

3. Isn’t the planned hiring of sweeping workers in contradiction with the announced call for the outsourcing of the service? And where would the 10 million expected to cover 12 months of outsourced sweeping possibly be?

4. Does not thinking of outsourcing the sweeping service conflict with the service contract signed on 27 July 2017 with the municipality?

5. There is talk of new summer hires which, according to what the Municipality seems to have requested in the shareholders’ meeting of 20 November 2020, should be 150 each year for 4 months from 15 May to 15 September. The cost indicated in the PEF of € 214,000 for 2021 relates to how many workers? How would they be selected? Why is it that after 8 years you feel the need to make summer hires? Wasn’t it better to organize workers’ holidays differently and avoid additional costs for users?

6. It is stated that the staff will reach 724 working units. But what is the company’s organic plant? What do you think is the adequate number of workers to better manage the service?

7. There is talk of a new organization by team and by zone, which provides for the concentration of all services in each area, from manual and mechanical sweeping to waste collection and weeding. Given the poor results, wouldn’t it be better to change the organization of services by zone?

8. There is talk of incentive factors for workers. Which were applied? What happened to the result award? How was the money entered for the performance award in the PEF 2019 used?

ELECTRIC BICYCLE
1. A curiosity: the electric bike that had been awarded for the most virtuous citizens at the end of 2019 and which, however, was never assigned, was it included in the costs or management savings?

Join the discussion. Comment on the article on Messinaora.it