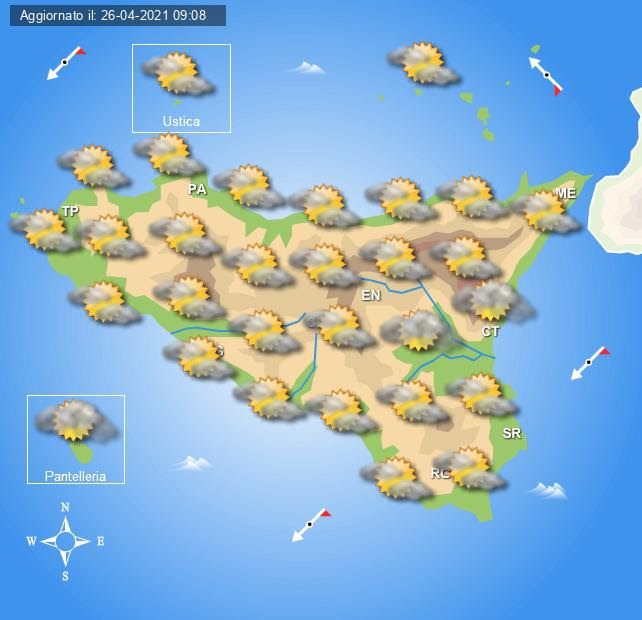 Sicily. Day characterized by stable weather with little cloudy skies in the morning and then also in the afternoon on all sectors of the Sicilian region; in the evening the weather will remain dry with clouds scattered over the entire island.

North. Mostly unstable day: in the morning widespread rains and snow on the Alps at mountain altitudes. In the afternoon no variation with many clouds and scattered rainfall. In the evening still bad weather on all sectors, running out during the night hours. Snow up to 1600-1800 meters.

In the South and on the Islands. Overall stable weather in the south: in the morning little or irregularly cloudy skies, with light rains over western Sardinia. In the afternoon dry with few clouds on all sectors except for widespread instability in Sardinia. In the evening, no weather changes are expected, with local rains also on the Campania coasts.