THE 42 villages of Sicily they get together and network. The project – under the aegis of the Le Vie dei Tesori Foundation – is called “Villages of Treasures” and brings together the small towns of the island, including 9 of the province of Messina.

“Keepers of hundreds of artistic treasures – reads the note – naturalistic, human, artisanal, which tell millennia of history, from archaeological evidence to the twentieth century. And they can be one of the answers to life and the post-pandemic tourism“.

Regeneration, enhancement and fight against depopulation are the objectives of the “Borghi dei Tesori”. A Festival with 210 open places, 70 side experiences and the involvement of 500 young people of the territory.

The 42 Villages of Treasures 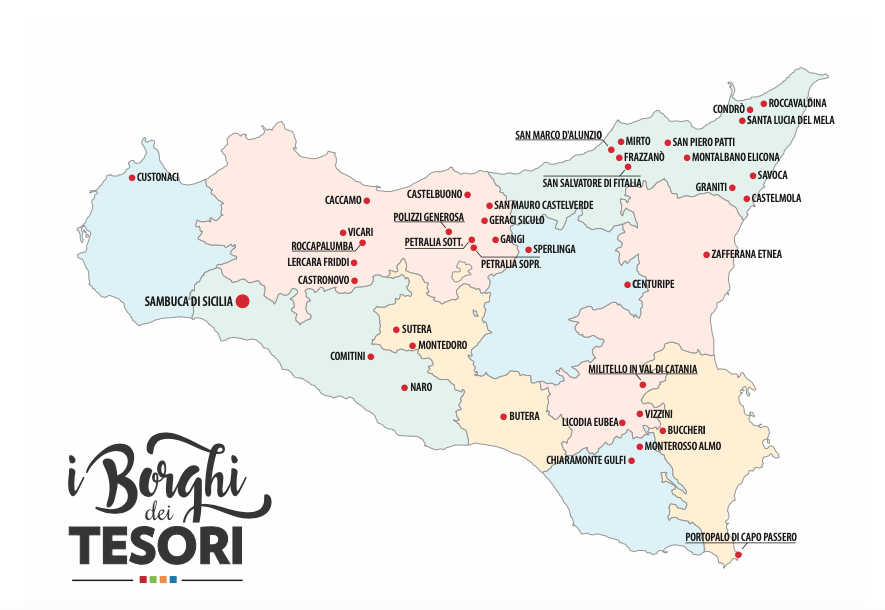 The network has already surveyed the artistic and naturalistic heritage of the 42 small municipalities of Sicily, including:

A Festival of the Villages of Sicily

The next step is to create “Borghi in Festival”, the Municipality of Sambuca di Sicilia – leader of the project, together with the Le Vie dei Tesori Foundation, in fact, participated in the Mibact call.

The project aims at the realization of the The Ways of Treasures Festival in the six weekends between on May 29 and July 5 with 210 open places, 70 collateral experiences, and the involvement of 500 young people from the area, adequately trained.

The small towns of Messina

As anticipated, for Messina there are 12 small municipalities in the “Borghi dei Tesori” network: