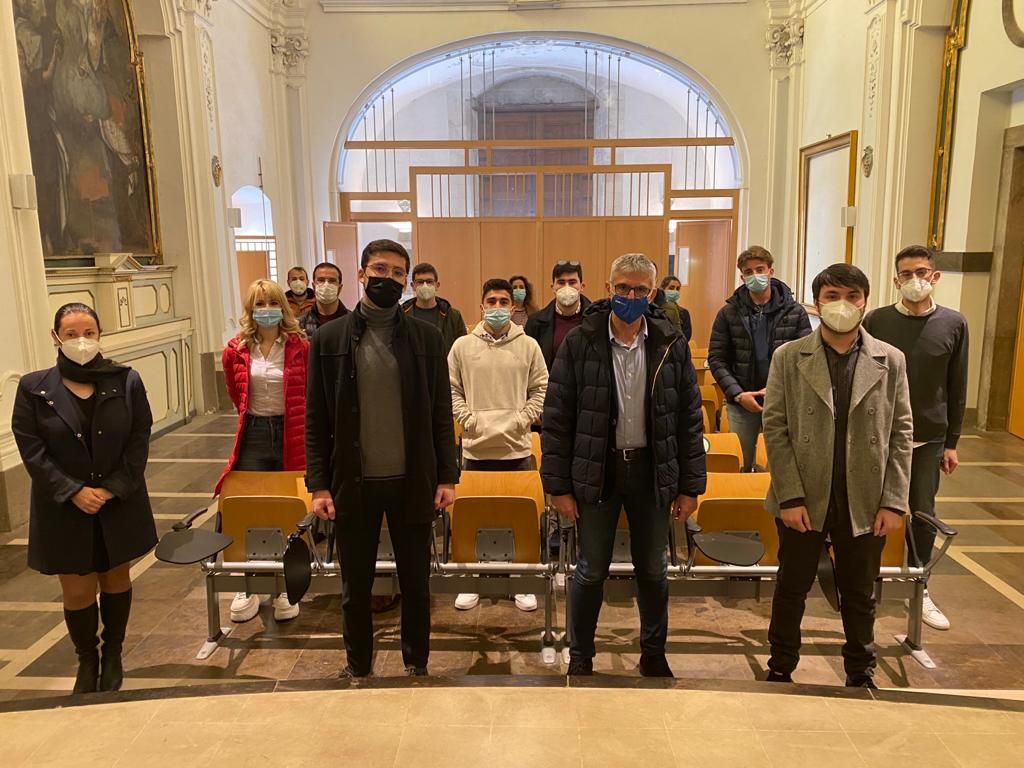 The Municipal Youth Council following the approval in recent months by the City Council of the new regulation governing the functioning of this body, has, for the first time, proceeded on Saturday 13 March, during a participatory elective assembly which took place held at the auditorium of Santa Teresa, at the election of its president and vice president who were respectively Simone Diquattro and Luca Battaglia, both university students.
Celebrated in the presence and in safety this moment in which the mayor Peppe Cassì, the councilor for youth policies Clorinda Arezzo, the mayor’s consultant in the field of youth policies intervened, the body will soon return to meet online, in order to continue in its activity as has been done so far on the occasion of the initiatives of the Day of Remembrance, the Day of Remembrance, the Day against violence against women, the Graduation Day of Ragusa graduates, March 8, the manifestation of concrete solidarity with restaurateurs and to graduates in times of covid.

“The Municipal Youth Council – affirms the councilor for youth policies Clorinda Arezzo – is a space of democracy, where young people with clear ideas have the opportunity to confront themselves in the interest of the city and its children, overcoming any ideological difference. We consider the Consulta as an independent body from the political vision of the Administration, which therefore has the right to elect its own President, no longer coinciding with the Mayor as it has been until now. Last Saturday’s vote represents the outcome of teamwork and at the same time the start of a more mature and autonomous phase. “

“One of the priorities not only mine but of the whole Administration – declares the mayor’s consultant Simone Digrandi – was to promote the relaunch of the organization. Thanks to the work and work of the children together with the offices, it was possible to write and have the new regulation approved by the City Council, while their activity continued, which we supported by following up on the initiatives approved by them. From today, the consultation has its own bodies and its own autonomy: in recent months the consultation has played an educational and civic role, now a new and fully operational phase is opening. “

“This will be a starting point to make the Consultation operational – says the new president Simone Diquattro – continuing in the wake of what has been done to date. I thank the Alleanza Universitaria association that allowed me to be in the Consulta, and all the members who have collaborated since the beginning for the success of this organization. I also thank the municipal administration for making all the initiatives carried out so far possible “.

“It is an honor for me – adds Luca Battaglia – to be called to hold the position of vice president of the Youth Council of Ragusa and to be able to represent it inside and outside the city, assisting the new president and friend Simone Diquattro. The Consulta can now continue to operate in its fullest fullness, thanks to a cohesive group. Thanks to UGL Giovani, an association that I represent in the Consulta, to all the members of the body and to the Administration as a whole. “