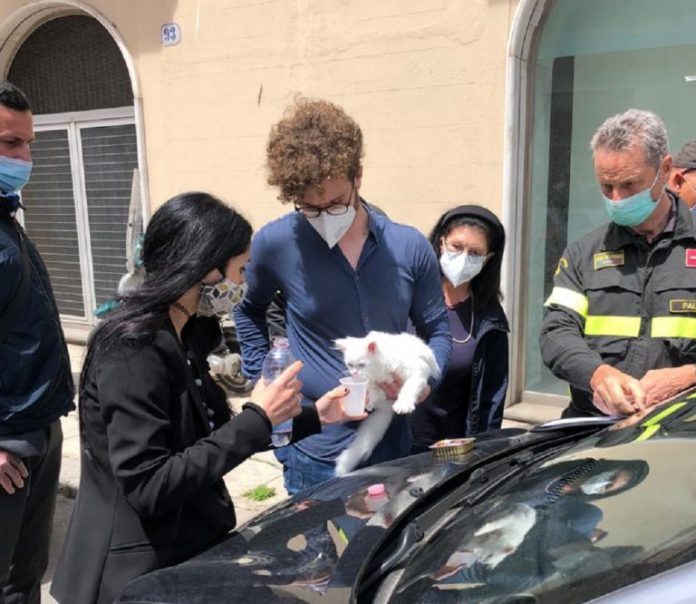 A white kitten two months was left closed by car in via Guardione to Palermo under the sun. Has been saved yesterday morning by firefighters and police who intervened to free the little feline who was already breathing with difficulty.

“While I was walking – says Alessio Zazzeri – I saw the poor animal locked in the car. There were only two fingers of the side windows open.

I learned that the car had been parked there for an hour and a half. So I called the fire department and the police. The agents and firefighters released the kitten which was fed. The owner of the car showed up an hour after the rescue operation ”. His position is being examined by agents.