The Oratory of Santa Maria delle Grazie, called del Sabato, is located near the Church of San Nicolò da Tolentino, where the ancient Jewish quarters of Guzzetta and Meschita once stood in the heart of Palermo.

Although the exterior of the building is in good condition, the interiors unfortunately suffer from the damage of time and neglect, the subject of thefts and numerous acts of vandalism.

In 2017, more than 500 years after the decree of expulsion of the Jews from Palermo, signed by the sovereigns Ferdinand and Isabella of Aragon, the Archbishop of Palermo Corrado Lorefice, granted the Oratory on free loan to the local Jewish community, as a new place of study and worship. 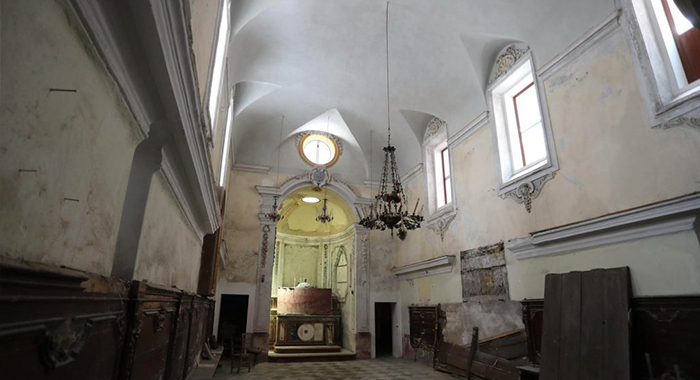