MESSINA. The 2021 summer season has started a few weeks ago, the second at the time of the Covid-19 pandemic, which will inexorably affect the city’s nightlife, between limitations, uncertainties and contingencies, waiting to understand what will be allowed to do and what not, and with what rules.

A summer that promises to be as anomalous as the previous one, and which this year will also be characterized by aperitifs and food, with several activities that will give up dances and dance evenings to focus mainly on catering … at least until clarity is made on how to use the discos, with the unknown of green pass and accesses.

Despite the difficulties, there are many places that have moved to the Riviera since the entry into force of the “yellow zone”, with the firm intention of putting theannus horribilis just spent: dozens and dozens of beaches, pubs, restaurants, meeting places and cocktail bars that, like every summer, will enliven the sultry nights on the shores of the Strait.

How will the 2021 nightlife be on the Messina coast? Rather in line with tradition, with many confirmations, some returns and a couple of new-entries, including the new “The Jungle beach club”, inaugurated on June 18 in Mortelle, a stone’s throw from the warm waters of the Tyrrhenian Sea. Equipped with cabins, a hydromassage pool and a playground for children a stone’s throw from the beach, the place is at the same time a bathhouse, a cocktail bar, a restaurant and a pizzeria, designed for the relaxation of adults and for the enjoyment of children. 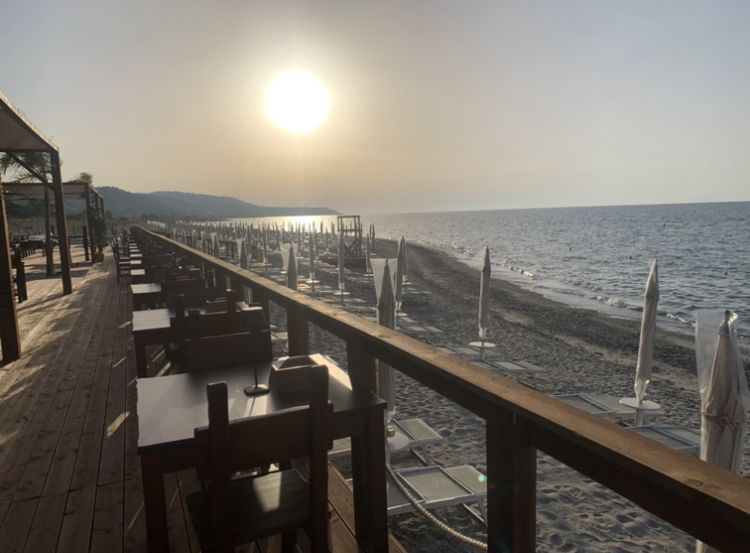 Also in Mortelle, in the premises where the Green Sky arena once stood, there is the confirmation of “Brasil house “, a Brazilian restaurant that since last July 27 has brought a bit of carioca rhythm to the shores of the Strait, among so much meat, Caipirinha and the most typical dishes of verdeoro cuisine, while a few meters away, on the other side of the road, it cannot miss one of the evergreens of the Messina summer, the Sunset, overlooking one of the most beautiful sunsets of the Strait, in the evocative scenery of the hexagonal terrace designed in the 1950s by Napoleone Cutrufelli. On the program the inevitable aperitifs overlooking the sea and unplugged music evenings.

Among the news also the Sporting Garden, restaurant that will be inaugurated on July 4th. 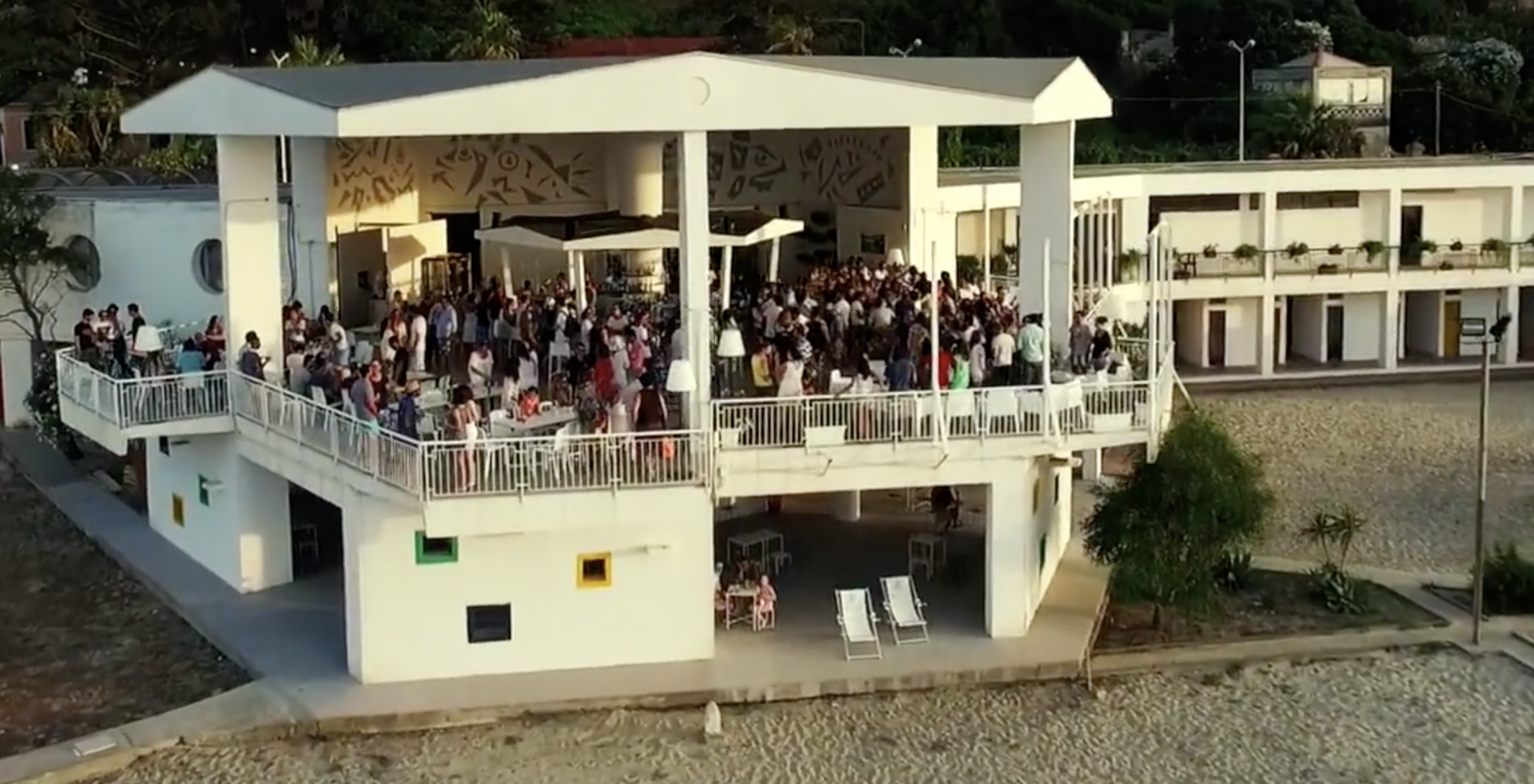 We move to Torre Faro, where we find the “dean” of the Messina shores, theHorcynus Orca, which for weeks has welcomed swimmers and patrons in the unique setting in the world of Capo Peloro, including European matches, literary presentations and concerts under the stars (on the occasion of the “Music Festival”). Scheduled live music and theater events for children (from mid-July).

Always in the area, under the shadow of the Pylon, confirmed Punta Faro (which at the moment will focus on catering and cocktails, “given the problems with the pedestrian area”) e Punta beach club, which this summer will host the ice cream parlor Astoria, with a space for ice creams, slushes and cocktails, as well as the Pinnazza is Peloro House. Inside the new pedestrian area it reopened on 1 June the Nebe Coffee Book, in addition to the many restaurants nearby, from Oxtrica to Bellavista passing through the Grecale, which returns to the name of Italian and Japanese cuisine (or simply for a cocktail, like the one, much requested, based on cucumber) in a location overlooking the two seas. 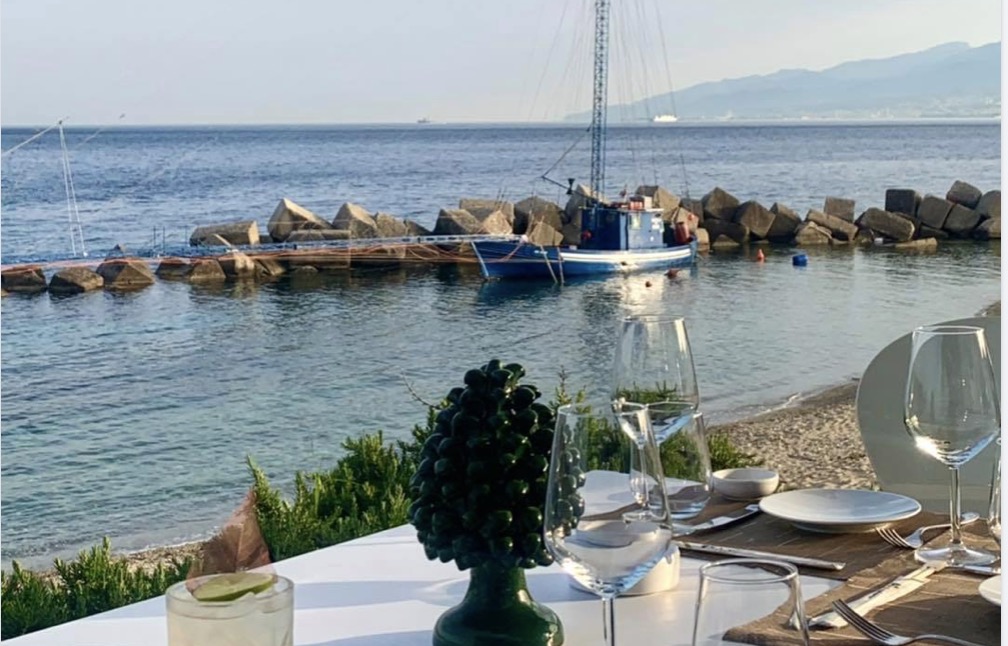 THE COAST. After Ganzirri and its restaurants, open all year round, you arrive on via Consolare Pompea, which as always is teeming with bars and restaurants. It begins with two oriental innovations: the “return” of Love Sushi Pin (summer version of Love Sushi bar), in Sant’Agata (takeaway or delivery), which combines the “Japanese” tradition with Brazilian and typically Sicilian flavors, and Tekka (opened in November 2020, also based in Villafranca Tirrena), which in addition to the usual sushi also offers a wide choice of Hawaiian poké.

Continuing, one encounters, in no particular order, the immortal Baretto, a must for years, which will offer thematic drink and food combinations (Mexican, Greek, etc …), in the Salt shop, summer version of the Chopping board (in the Gallery), in the pizzeria Barracuda and in a “very old” knowledge: the historian Virginia pub, returned after a short absence.

Among the confirmed also the Bay of the Prince, one of the most popular during last season, which starts again with the inevitable aperitifs and live music. Nearby, the Sea sport (with grest for the little ones, sports on the beach and the restaurantUrban Lescà), Royal beach is On the Route of Ulysses, management Toro nero (scheduled every Tuesday the djset of Leo Lippolis is Benny Benew, which will accompany the cuisine of chef Salvatore Paladino and the drinks of bartender Roberto Davì). 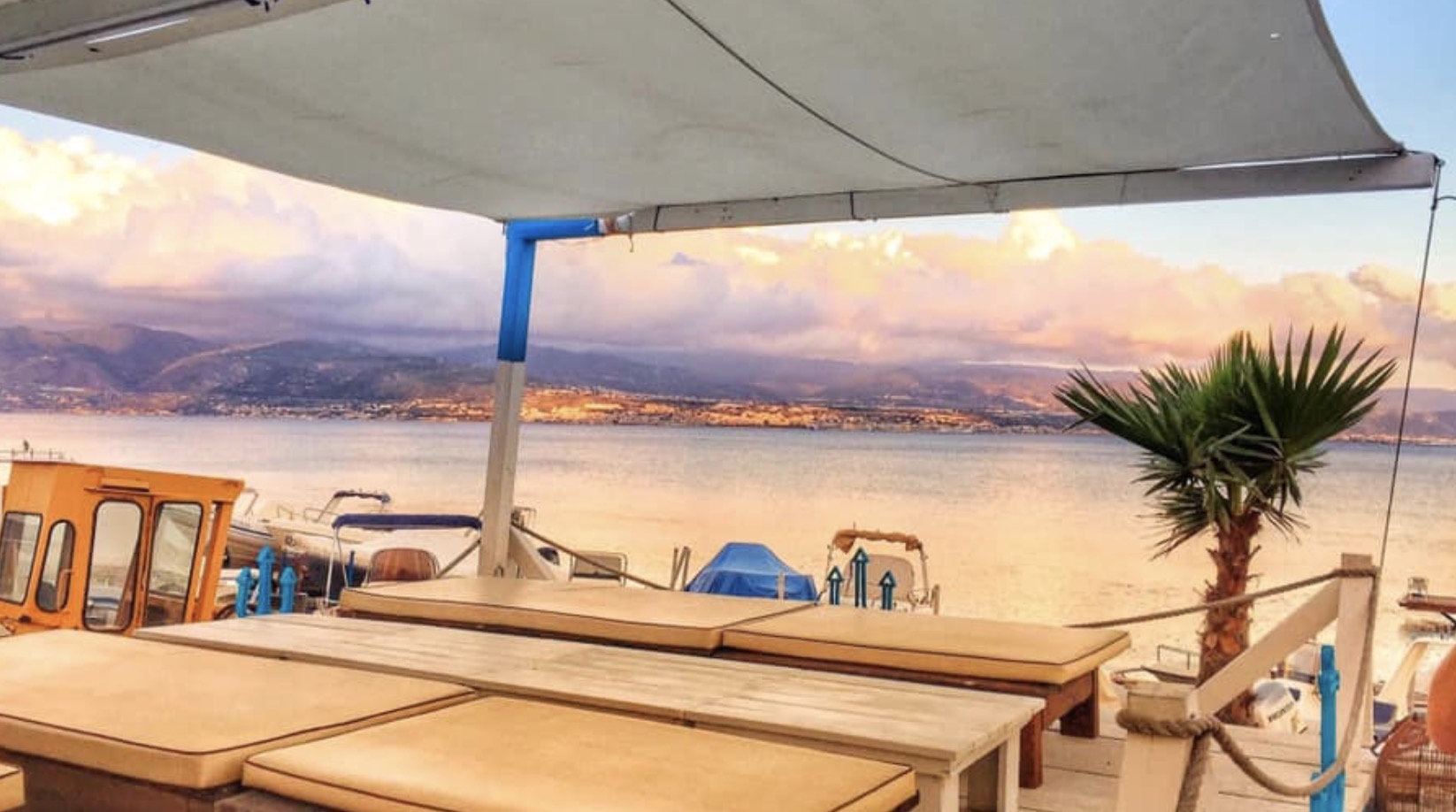 On the Route of Ulysses 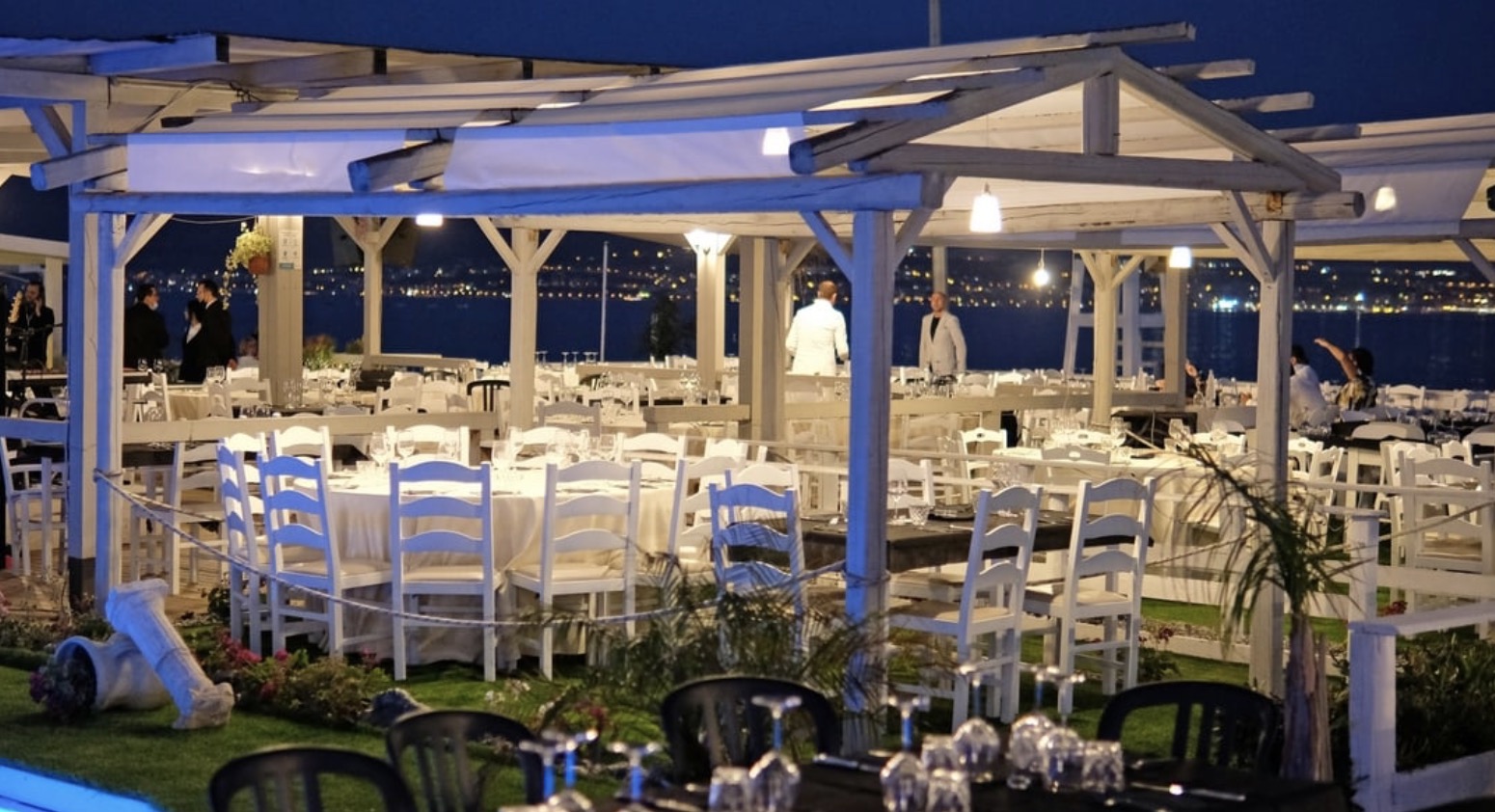 Obviously, the Blanco and the He loves me: the first will continue along the lines of recent years, with the award-winning pizzas of the Bear, the Filippo Dodisi and Sundays in the name of live music; the second will be managed this year by the guys from Backdoor, including pizzeria, cocktails and a triumph of raw fish. And the dances? If there is the possibility, there will be an evening on Sunday. 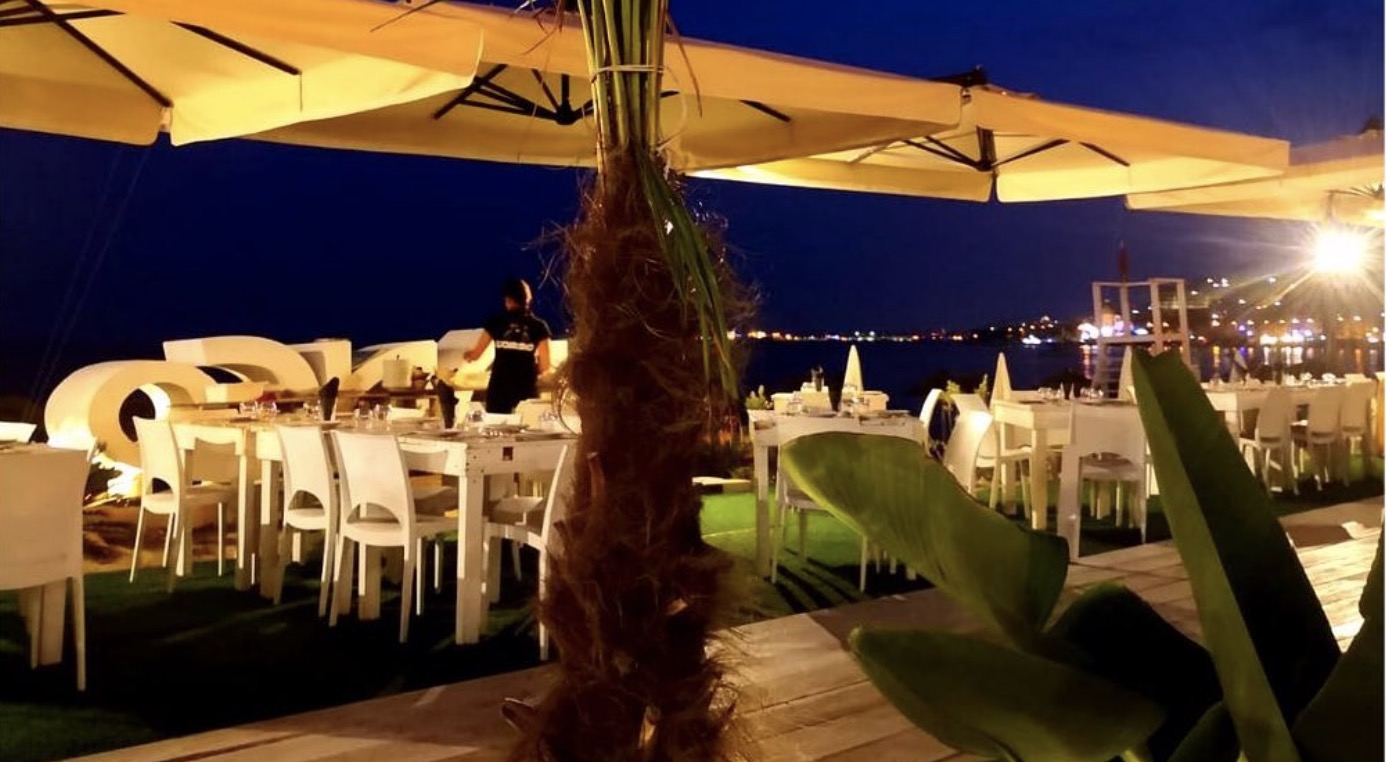 The Lucky Fish Bar? Here the main dishes are raw, tartare and poké. There will be events, on Tuesdays, Thursdays and Sundays, between DJ sets and live music.

It reopened on June 23 on Tarea Beach Life, cocktail bar, restaurant and pizzeria, while the Kibanda Afro Beach Bar will propose musical events every Sunday and the Riva club will focus mainly on aperitifs.

As always, it will be in the name of sport (but not only) the summer ofOctopus (windsurfing and sailing), which hosted the first international flair bartender competition a few weeks ago.

The Bohemia, summer version of the homonymous club in the center, in the places that once housed the former We Playa and Sottovento. Among the offers: aperitifs, pizzeria, live groups and DJ sets.

The offer of the Quarter Moon: in addition to the innovative coworking service during the day (read here), the now classic “tribute” evenings are already underway (on the 6th it is the Beatles’ turn). On Thursday and Friday, however, space for live music and DJ sets.

Also confirmed From the professor, with the adjacent stairways reminiscent of the premises on the course of Taormina, the Second half, the beach, the pizzeria Pier 33, Hammare (summer version of Hammucca), the center of gravity Chop by “Lillo Litro”, Glirreraammare is Comparello bello. 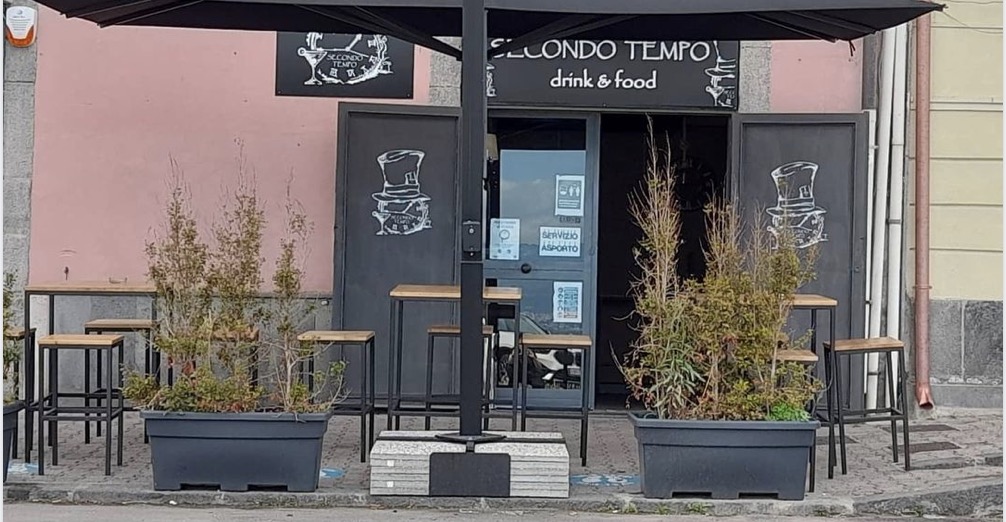 Finally, near the Annunziata, other confirmations: from Rais, managed by Toro Nero, to the Court of the Seas, with the adjacent Tikè.

However, news regarding the Blue Sky, which sports a new look and a new terrace, with the collaboration of the “Ligrani – Premium Sicilian Food” brand: on the menu, hamburgers and pizzas made exclusively “home made” with Sicilian products. The scheduled events include the “Festival of the Stars”, a music and culture festival that aims “to bring people back to appreciate live shows after the pandemic”. 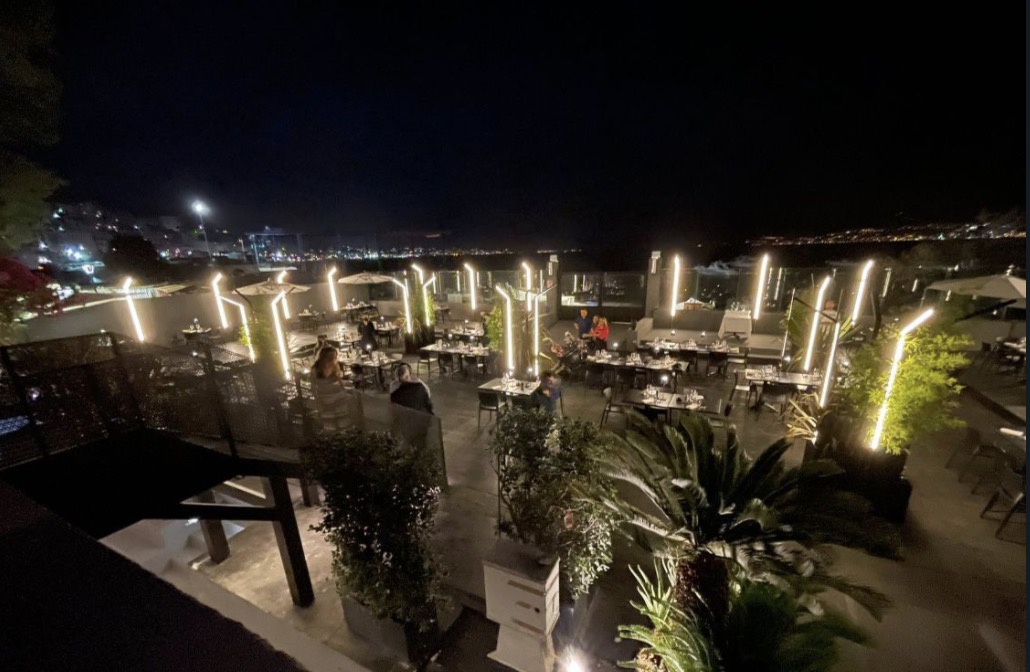 NOT ONLY RIVIERA. As theBlue Oasis and in Santa Margherita it Zahir, in addition to Ray’s Bar, on the waterfront, in the center (which has already begun to empty) there are not many new features, with the usual two macro areas destined for entertainment: the area of ​​the Duomo, the Galleria and via Lepanto, and the premises of Largo Seggiola, returned to new life thanks to the pedestrianization of the area (we talked about it here). Worth mentioning once again the Ricrio Ammare, the only bulwark in the devastation of the Falcata Zone (about which we wrote here), which kicked off the summer season last June 27 with a live music event in the lounge bar overlooking the sea.

Very rich, as usual, the offer at the Retronouveau, which for the second consecutive year remains in the venue in via Croce Rossa, where events are scheduled from Thursday to Sunday, throughout the summer, between dj set (dark, new wave, rock, alternative, electronic and techno), live (with many local, national and foreign bands, including indie rock, songwriting, rockabilly, jazz, electronic and hip hop) and stand up comedy plus poetry reading. Many artists to perform, including the swing pianist Sorgentone, the Berliner Maria Basel and the people of Messina Asteroids (whose frontman is the director of LetteraEmme Alessio Caspanello), Grandma’s room, i Kah Ja city is Basiliscus P.

Last but not the least, a more particular experience in the green. It is about Agrè, the green aperitif proposed by the Villarè farm: an evening of relaxation and good food, with strictly 0 Km ingredients, in a bucolic citrus grove. Among the events not to be missed also theAgriFest: a review of summer events with nature as a stage, including concerts, shows and puppet theater. 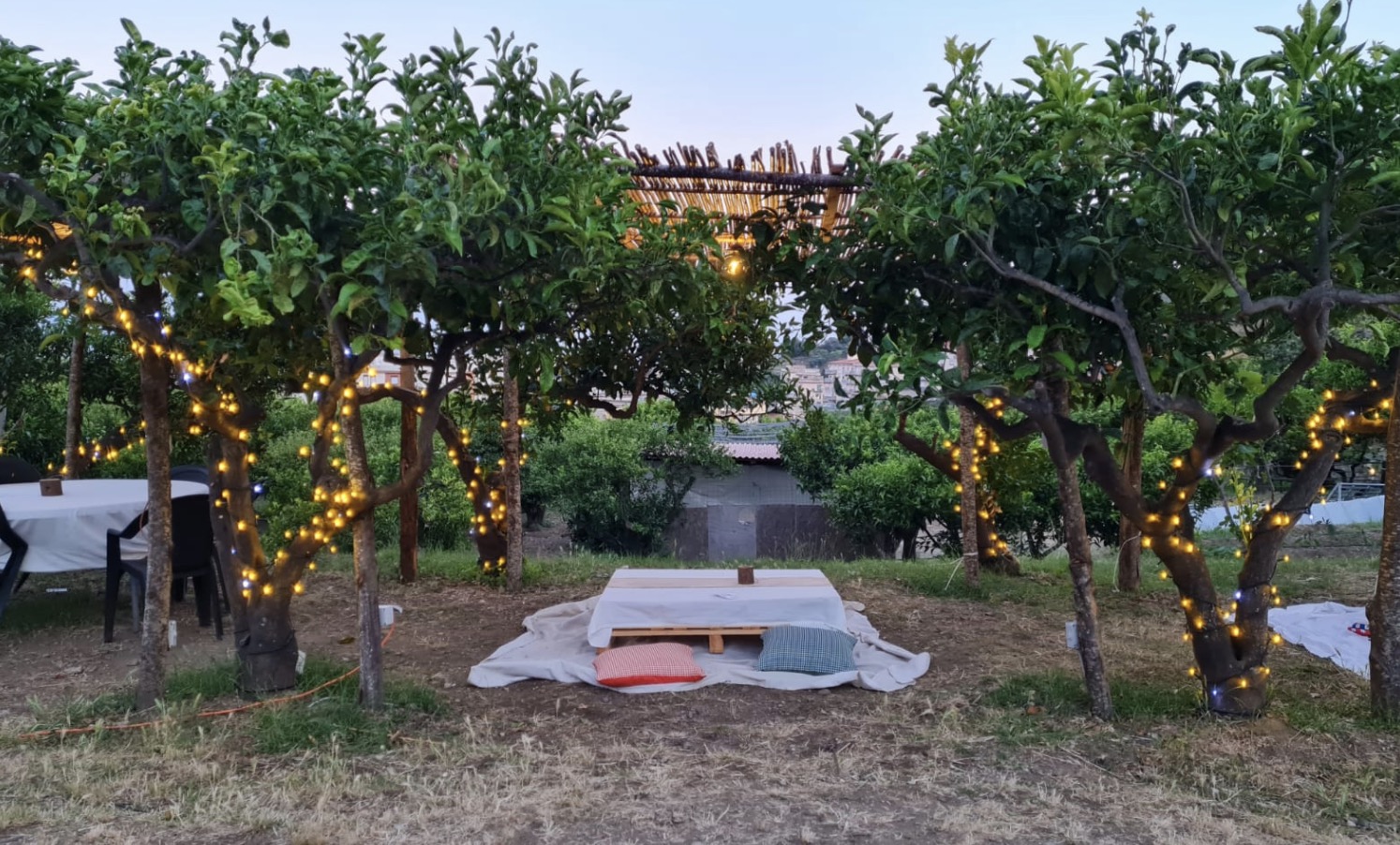 NOTE WELL: Given the large number of venues it is possible that someone has escaped us. The choice of activities is determined by a comparison with organizers and PR who for years have been helping us to extricate ourselves in the world of summer nightlife. There is no intention or interest in promoting an activity to the detriment of another, nor any conspiracy against anyone, but only the intent to provide a useful service to citizens. Any report can still be made by writing to the email redazione@letteraemme.it