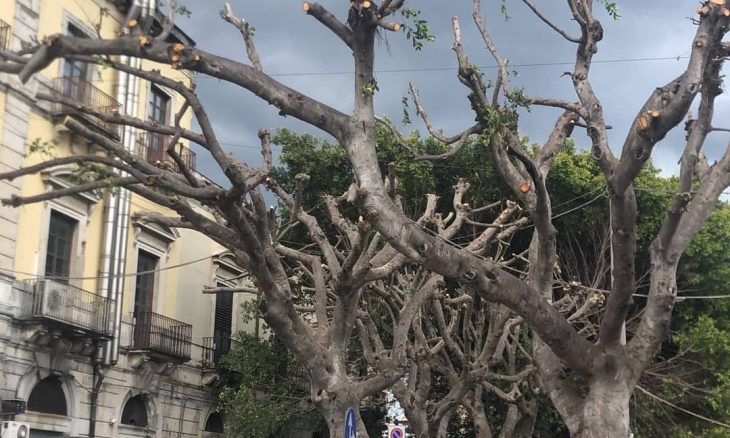 It is not about topping. The Ficus dei “Villini” have been pruned in recent days. Clearly visible intervention, which has sparked some controversy and the concern that, in the capital, it continues to operate too aggressively on the vegetation.

In reality it is none of this, as explained on FMITALIA the councilor for public green, Carlo Gradenigo, who, moreover, in recent months has pointed out the ban on topping, with hefty penalties, also against private individuals who allow this kind of practice to the gardeners they rely on.

“In the case of the Villini – explains the commissioner Gradenigo – it is a containment pruning of the foliage of these green giants. A really demanding operation that has not been done for several years and that is taking away over a month of work from the company and some limited inconvenience to the area’s viability. The temporary nudity with which the trees present themselves today is due to the particular bearing of the leaves present only in the small terminal branches of the crown and not in the center as in other species. without topping, it will allow the plants to drive back and regain the original shape of the foliage in a very short time with the summer ”. An instrumental diagnosis is foreseen on some particularly damaged plants to evaluate their state, means and treatment methods.