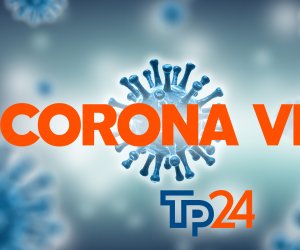 Let’s take stock of the coronavirus emergency in Italy, Sicily and in the province of Trapani with the important news of today, May 2, 2021.

In the last hours in Sicily, 1,000 new infections have been recorded compared to 27,029 swabs processed. There are 167 people hospitalized in intensive care, those in the other wards are 1,136 while those in isolation at their home are 23,470.

Palermo, wants to see his father dead for Covid: he breaks the mortuary door
He wanted to enter at all costs the mortuary of his father, who died of Covid at the Civic hospital of Palermo. A 37-year-old man in the Zen district verbally assaulted the guardian who had blocked him trying to explain that he could not enter. The man unhinged a side door of the morgue and brought in some relatives to pay tribute to his father despite the anti Covid measures. The caretaker called the carabinieri and filed a complaint. The carabinieri are on the trail of the deceased’s son who now risks a complaint.

New record for vaccines in Sicily: let’s talk about it here.

BRAZILIAN VARIANT. The microbiology and virology unit of the hospital ‘Villa Sofia – Cervello’ through gene sequencing investigation tests identified the Brazilian variant ‘P.1’ in a Covid-19 patient who had already been vaccinated. The Villa Sofia-Cervello company in Palermo reports this. As per ministerial protocol, notification and transmission to the regional reference laboratory was carried out. The patient 83 years, immunosuppressed, vaccinated with Pfizer, after a few days from the second dose arrived at the emergency room of the brain accusing “clinically significant respiratory and intestinal symptoms”.

VACCINES BY CAR IN TRAPANI. The first drive-in vaccination experiment in Trapani went beyond all expectations, involving the over 80s and the frail. It was an experimental vaccination, but there is the possibility, as they know from the Trapani health company, that the experiment can be replicated in the next few days. At the end of the day, the trial of the vaccine in drive-in mode involved two hundred citizens.

BEACHES. «The data on the infection in our island, although decreasing and without pressure on hospitals, cannot make us feel safe. It is a very delicate phase that could, due to the irresponsible conduct of a minority, push Sicily back into the red zone. For this reason we had to set the opening of the bathing establishments in mid-May, where gatherings risk frustrating every effort. However, if next week’s data were to be reassuring, we could arrange to anticipate the opening ». This was declared by the president of the Sicilian Region, Nello Musumeci, after the signing of the ordinance on the opening of bathing establishments in Sicily.