The low cost airline Volotea closes the summer season with a positive sign and an important role is played by Palermo. Here it increased the volume of seats on sale by 24%, going from 171,300 last summer to the current 212,500 approximately. Furthermore, during the summer season, the carrier also recorded a 23% increase in the volume of passengers transported (approximately 196,000) and 9% of the flights operated (over 1,300). Finally, the load factor (the number of passengers or the quantity of goods actually transported compared to the theoretical transportable ed.) Of the company in Palermo was excellent, which stood at 92%.

“Despite a season still severely affected by the Covid crisis – reads a note – Volotea was able to implement a strategy that allowed it to close the hottest period under the sign of growth” The performance at the network level was also positive: thanks to a new fleet and the creation of 85 new routes with a strong focus on domestic and island connectivity, between June and August Volotea led the recovery compared to competing companies, reaching 111% of your seats offered compared to 2019. To face a second summer season hit by the health crisis, Volotea has reworked its strategy by adapting its offer to the new demands and expectations of customers. The carrier, as in the previous year, has focused its operations mainly on domestic flights and has increased connectivity with the islands throughout its network. Since June, 85 new routes have been created, bringing the low cost offering to more than 3.6 million seats on sale during the season, equal to 111% of its capacity in 2019. In addition, Volotea’s strategy has achieved very satisfactory results, totaling a load factor of 91% on over 21,800 flights operated. Another important element, which characterized the airline’s summer season and which helped and contributed to its recovery, was the transition to a fleet with aircraft from a single European manufacturer: a move which, favoring Airbus, led to early retirement. of its fourteen Boeing 717s and their replacement with higher-capacity Airbus A320s. In total, Volotea operated 40 aircraft during the summer. “Despite the excellent results in terms of capacity, flights and load factors – reads the note – it was a very busy summer for Volotea, its network airports and handling partners. The market, hit by the Covid crisis, proved to be very unstable, with constant changes in travel procedures resulting in greater complexity of operations and a growing need for passenger support. To offer its customers the best possible experience, Volotea continued – during the whole season – to facilitate free flexibility options and to improve the customer care team, services and processes, providing the best possible support to their passengers “. “We are very satisfied with our summer performances, in this pandemic context, and we are grateful to our customers and our crews for the positive feedback received – comments Carlos Muñoz, president and founder of Volotea -. We are also happy to have been able to help our customers fly to their holiday destinations, despite the difficult circumstances that characterize the entire tourism sector. Our goal remains unchanged: to continue to offer the maximum number of routes between small and medium-sized European cities under-served by other airlines, at the most competitive prices. Our strategic shift to a fleet made up exclusively of larger, more efficient and more environmentally friendly Airbuses, coupled with a focus on domestic and island markets, was a key element for a summer of recovery. We hope that the gradual resumption of travel will continue in the coming months, but we are certainly prepared to face further ups and downs, having significantly improved our base competitive cost during the crisis “.

“Violates the ban on approaching the places frequented by the former partner”: arrested

“He belonged to the mafia family of Santa Maria di Gesù”, assets for 500 thousand euros seized from an entrepreneur 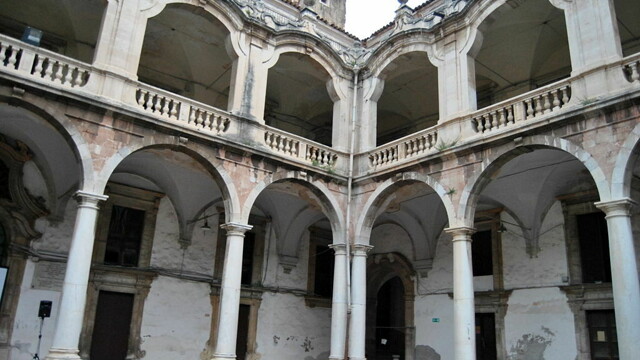