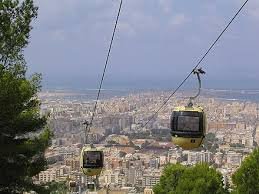 After the Atm case, the FuniErice case breaks out. The municipal administration of Erice, in fact, has decided to put their hand to the statute of the company ‘eliminating, in fact, the powers and functions of the management class, in particular of the General Manager “whose original sin – explains the municipal councilor Simona Mannina -, in all likelihood, is not to respond to certain diktats. It matters little if this group has worked in an exemplary manner over the years by taking a company like FuniErice initially with serious economic deficits bringing it to the splendor it deserves with millions of profits, it does not matter that with self-denial and a spirit of sacrifice the general manager worked during the illness in order to carry out a project for the good of the community and the investee itself “.

The administration proposes to the municipal council the zeroing and downsizing of the functioning of the top management figures (powers and duties of the Chairman of the BoD, without providing for those of any Sole Director who are left
all pending and at the mercy of the resolutions of the shareholders’ meeting which should establish them at each renewal or change and modify them according to one’s liking). A proposal that leads to the de facto elimination of the figure and duties of the General Manager who is an integral part of the company’s organic plant.

For Mannina “in Erice only the coup de theater counts, skilfully studied at the table. Obviously, those who work, professionalism, competence are not rewarded. But this script is even more shocking, and allow me the administration, deplorable precisely because it was studied and carried out at a time when one of the directly concerned cannot defend himself because he is in a state of health that does not allow him to protect his rights and make one’s voice heard, a well-known situation in Erice ”. Now the word to the City Council.