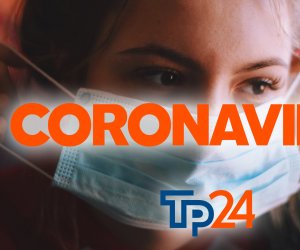 There are 41 new cases of Coronavirus in the province of Trapani. The incidence of Covid in Sicily increases slightly. There are 851 new positives at Covid19 in Sicily, out of 25,434 tampons processed, with an incidence of 3.3%, an increase compared to Friday when it was one percentage point less. The Region is sixth for the number of daily infections.

Musumeci got vaccinated
The president of the Sicilian Region, Nello Musumeci, as he had announced in recent days, received the first dose of the AstraZeneca vaccine yesterday afternoon in the vaccination hub of Catania (former fruit and vegetable market).

«I received – he said immediately after – the first dose of the vaccine: AstraZeneca of course. I am happy to have joined the ranks of Sicilians who are heading towards total immunization. I hope that this action of mine can be shared by those who are in the same conditions as me. We are fighting very hard battles to lower the age of citizens admitted to the vaccine and we have finally arrived also in the smaller islands. Let’s move on, because we have to get out of this tunnel as soon as possible. And I am convinced that we will succeed ».

Maniace and Riesi from Monday become “red areas”
Two new “red areas” in Sicily. The increase in positives will trigger the restrictions in Maniace, in the province of Catania, and Riesi, in the Nisseno area. The President of the Region Nello Musumeci has ordered this – at the request of the municipal administrations and following the reports of the Asp – with an order that will take effect from Monday 10 to Wednesday 19 May. Therefore, the “red zones” on the island become 24.

Dragons on reopening
“If the trend continues in this direction, the control room will proceed to other reopenings. It is important to be gradual, also to understand which reopenings will have more effect on infections and which less”. Prime Minister Mario Draghi said this at the end of the European summit in Porto.
“As I believe most Italians – said Draghi – I want to reopen, I want people to go back out to work, to have fun, to be together, but you have to do it safely, that is, by calculating the risk well”.
“With the restart of tourism, we must also consider that airports are places where we must look very carefully, because they are places where infections can occur, so we need to reinforce controls at airports. This does not mean closing: it means reopening but doing it with the head”.