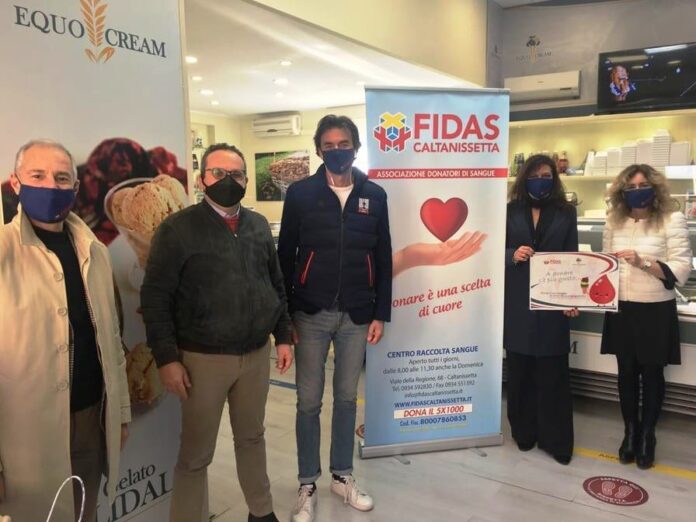 “There is more taste to donate” is the slogan of the collaboration initiative between the Fidas association of Caltanissetta and the Etnos social cooperative, to encourage blood donations, a synergy signed with an agreement between the president of Fidas of Caltanissetta Carmelo Giardina and the president of the Etnos social cooperative Fabio Ruvolo.

From tomorrow, Tuesday 23 February, those who go to Fidas-Adas in Caltanissetta in Viale della Regione 68 open every day from 8 to 11.30, will receive a voucher for a free tasting of an ice cream from Equo Cream, the solidarity and territory of Via Michele Amari n.3 in Caltanissetta, one of the latest solidarity projects of the Etnos social cooperative. The free tasting vouchers will also be distributed by the Equo Cream ice cream parlor, which will invite the users of the ice cream parlor to donate blood, and then return to enjoy an ice cream for free.

Thus the network of collaborations of the Etnos social cooperative continues to expand, in a relationship of reciprocity between associations of Caltanissetta. The association of blood donors Fidas, which has been operating in the city for 46 years, collecting more than 5,000 blood bags a year and satisfying about 70% of the annual needs of the Sant’Elia hospital, and the Equo Cream of Etnos , the ice cream parlor that combines attention to the skills of the disabled with the enhancement of the products of the territory of central Sicily, putting together they satisfy these values.

“Two social realities, Fidas and Equo Cream – underlines the president of Fidas, Carmelo Giardina – between solidarity and good taste. Fidas has a clear goal, to increase donations, encourage generational turnover and reach 100% of the blood needs at the Sant’Elia hospital. We are well under way, we are missing the last step. The agreements with the institutions, but above all the protocol signed with the president of the Etnos social cooperative Fabio Ruvolo with Equo Cream brings together and consolidates the sense of closeness and bond with the city ”.

“The gift is spontaneous, that of blood is fundamental – underlines Fabio Ruvolo – we marry and fully share the mission of Fidas and in a certain way we make ourselves available. A city that grows with synergy. The protocol between Fidas and Equo Cream is a social pact of inclusion that we as Etnos have always carried forward. We deal with disabilities, with people who have many frailties and needs, such as blood. We want to contribute to the cause of Fidas to increase donations to Caltanissetta, so that the city has fewer and fewer handicaps ”.