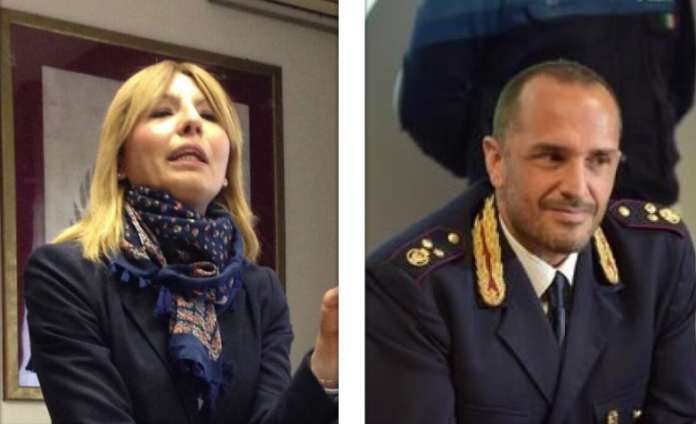 The changes of State Police officials ordered by the Department of Public Security have been operational since this morning, Deputy Commissioner Dr. Antonino Corrado Ciavola, until yesterday executive of the Enna Mobile Squad, has been transferred to Caltanissetta and, from 28 June 2021, will take on the position of Manager of the Flying Squad to replace the Deputy Quaestor Dr. Marzia Giustolisi.

Before that, Ciavola worked at the Ragusa Police Headquarters where he directed the Mobile Squad, the Modica Police Station, the Crime Police Division and the General Prevention and Public Aid Office. Graduated in Law and Investigation Sciences, he is in possession of the II level Master in Security Sciences and the qualification to exercise the legal profession and holds the position of external lecturer for legal matters at universities and public institutes. He also attended specific courses on public order, investigative and scientific techniques, the fight against human trafficking and financial investigations.

Dr. Giustolisi, on June 28, 2021, after eleven years of stay in Caltanissetta, first as deputy and then as Head of the Mobile Squad, will be transferred to the Mobile Squad of the Catania Police Headquarters, as coordinator of complex activities for the needs of Sisco , investigative section with interprovincial and interregional competence, dependent on the Central Anticrime Service, responsible for carrying out investigations into organized crime, eco-mafia and corruption. In Caltanissetta, on May 10, the Chief Commissioner Dr. Salvatore Avvento will also arrive, coming from the Flying Squad of the Trapani Police Headquarters, with the role of director of the institute Sisco. Dr Advent replaces Deputy Commissioner Dr Vincenzo Perta, now transferred to the Enna Police Headquarters, as manager of the Mobile Squad.