Fellini Dream by Emiliano Pellisari makes its national premiere on Tuesday 7 December at the Biondo Theater in Palermo. A surprising and visionary tribute to the most famous Italian director. 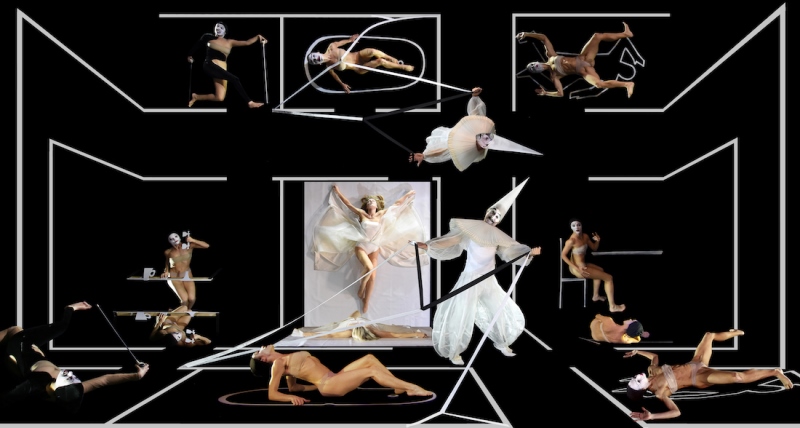 The show Fellini Dream , a surprising and visionary tribute to the most famous and beloved Italian film director, premieres, Tuesday 7 December at 21.00 in the Great Hall of the Biondo Theater in Palermo , which produces it in collaboration with the Company NoGravity . Reruns until 12 December.

Written and directed by Emiliano Pellisari starting from the subject of the never made film The journey of G. Mastorna, known as Fernet , the show sees on stage Viola Graziosi , Graziano Piazza , Martina Consolo and the acrobatic dancers of the NoGravity Company : Lorenzo Covello , Giada Inserra , Lara Di Nallo , Lea Giamattei and Mariana / P, alias Mariana Porceddu , who also took care of the choreographies.

Fellini Dream is a fascinating journey into the dreams, fantasies and artistic imagination of Federico Fellini, his cinema and his painting, a journey into the middle world between life and death, a simple and paradoxical path at the same time.

Actors and dancers move on two orthogonal planes, the vertical one, which identifies life, and the horizontal one, linked to the dimension of the afterlife.

An ethereal, imaginative, entertaining show, a circus magic that evokes the otherworldly world imagined by the great master of cinema, influenced by the world of dreams and the unconscious. In the stage box, as in a magic lantern, prose, dance, music and illusionism intersect, abolishing the boundaries and distances between actors and dancers.

Fellini’s never-made film, The Journey of G. Mastorna, known as Fernet, on whose screenplay Dino Buzzati had also collaborated, must have been an almost shamanic crossing of the otherworldly world. Obsessed with death and influenced by classical Italian culture, all his life Fellini dreamed of making this visionary film along the lines of Dante’s journey but, in the end, perhaps also for superstitious reasons, nothing came of it. There remains only a storyboard that the director himself had made himself and which is the basis of the comic drawn by Milo Manara in 1992.

Now, at the invitation of the director of the Biondo Theater, Pamela Villoresi, the eclectic director Emiliano Pellisari undertakes this undertaking which aims to give substance to Fellini’s visions. The protagonist of the show, played by Viola Graziosi, crossing a limbo suspended between life and death, meets the protagonists of her own existence and, after having come to terms with the past, she will find the necessary lightness to fly away. The companion of this initiatory journey is Virgil, the psychopomp par excellence, played by Graziano Piazza.

Actors and dancers, mimes and acrobats, interact with each other sharing the same space and producing a single powerful image, which highlights extravagantly imaginative costumes, extravagant choreography, the poetry of the text and the beauty of Nino Rota’s music. Fellini’s favorite composer.

Director Pellisari’s style arises from the assumption that art must first of all convey emotions. The choreographies of the show, focused on the sculptural use of bodies, are by Mariana / P, the director’s artistic companion, choreographer and main dancer in all the works of the NoGravity Company: the stage space enters into a relationship with the dancing bodies, creating images of amazing inventiveness.