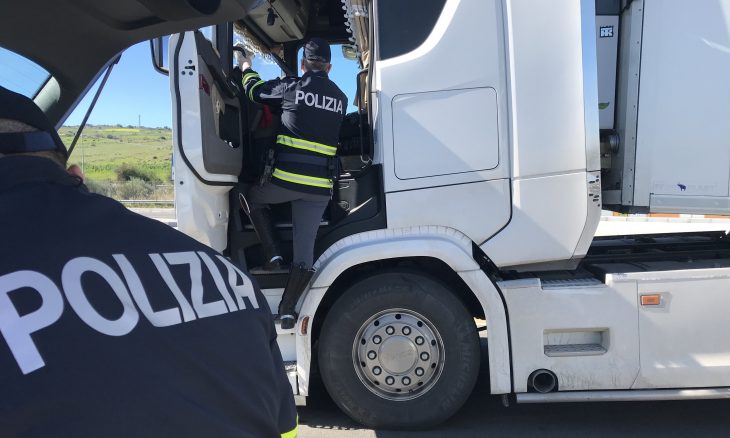 The driver of a heavy vehicle was denounced, in conjunction with the employer, for “an attack on transport safety and removal of precautions against accidents”. The checks carried out on the Syracuse-Catania by the Arezzo Traffic Police led to the discovery of a sophisticated alteration of the on-board digital tachograph, the so-called black box. By affixing a double sensor and a magnetic switch, it was possible to activate the double circuit with which the recording of driving times was “altered”. “In this way, the driver of the heavy vehicle could drive well beyond the nine hours per day allowed and exceed the same speed limits, with serious danger for his own conditions and for road safety”, explain from the Stradale.
Both the driver and the holder of the vehicle were fined fines for an amount of over 2,000 euros, the suspension of the driving license, as well as the 10 points deduction from the professional driving title.
Another driver was also fined for having altered the calibration of the tachograph device, in order to obtain a significant decrease in the parameters related to the speed of the heavy vehicle, an expedient used to reach higher speeds without incurring the penalties of the law. Also in this case the driving license was withdrawn to be suspended, 10 points were deducted and the administrative fine imposed was 1,732 euros.
There were ten traffic police patrols engaged in checks. The numbers: 91 vehicles checked, 98 people identified and 106 high traffic offenses. Among the most common infringements, the non-use of the seat belt (65), the use of the mobile phone (11), the lack of inspection (5), the speeding of heavy vehicles (4) and other infringements (31).