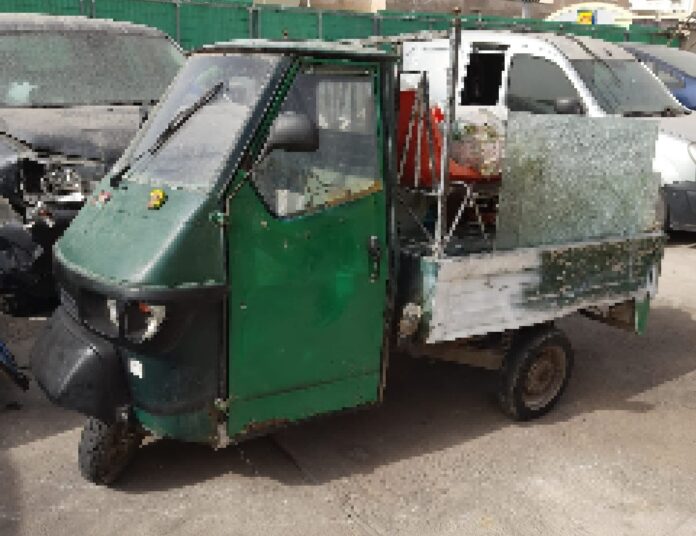 Last Wednesday the staff of the Municipal Police of Erice, coordinated by the Major Commander Dr. Armando Bellofiore, as part of the operations aimed at controlling and repressing the abandonment of waste, seized an Ape Car that was used to transport waste of all genus and then abandon them in the territory of Erice, in particular in the district of San Giuliano.

This was announced by the mayor of Erice Daniela Toscano and the councilor with responsibility for Ecology, hygiene and health Vincenzo Giuseppe Di Marco.

«It was possible to trace the authors and the owner of the vehicle – say the two – thanks to the mobile cameras installed by the staff of the Environmental Police team in the area precisely to counteract the uncontrolled abandonment of waste. We hope that this fact represents a warning to those who, ignoring the shared rules of common sense and respect for the territory, continue to dirty the streets of Erice. We thank the Municipal Police and, in particular, the environmental police team, for the work carried out also in terms of tight controls in the most sensitive areas of the territory. The Municipality of Erice in fact intends to defend and preserve the environment and will continue to fight for this battle of civilization which is joined by more and more citizens who, with their reports, have decided not to suffer in silence the behaviors of those who believe they can transform Erice into an open-air landfill ».