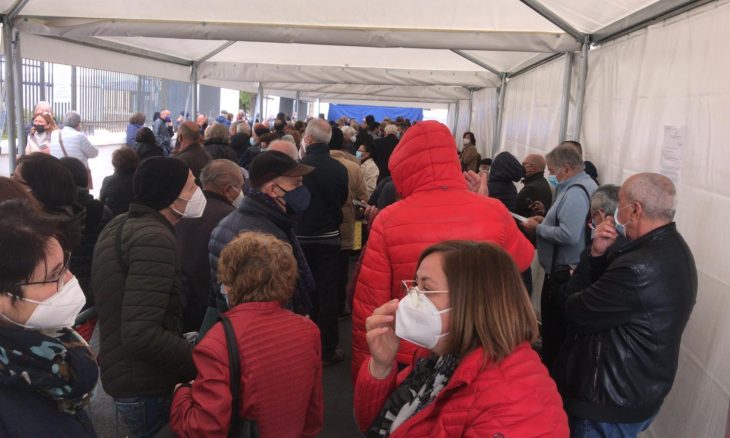 To give a new acceleration to the vaccination campaign, which is objectively late in Sicily, the Region has re-proposed the open weekend with vaccines without reservations for the target categories (over 60, over 80, fragile). How did it go to the provincial hub of Syracuse? The answer is in the numbers.
A total of 4,198 doses were inoculated from Thursday to Sunday. In the vast majority of cases Pfizer was administered: 3,810 doses. And AstraZeneca? Despite having the widest category of reference (60-79 years) it continues to be unconvincing, after recent events. And so there were just 388, in total, the doses of AZ administered in the four days of the open weekend in Syracuse (only 9.2% of the inoculations).
A record day was that of Saturday with 1,194 doses of vaccine administered, with about 380 not booked (one third of the total turnout). Also on Friday the numbers of the Syracuse hub are good: 1,092 inoculations, of which about 350 to not booked. This is followed by the data recorded on Sunday (yesterday) with 998 inoculations, of which about 250 were not booked. Thursday, at the debut of the regional open weekend, 914 administrations of which about 80 to not booked. Out of 4,198 people who went to the hub in via Malta from Thursday to Sunday, just over a thousand were not booked or those who took advantage of the regional initiative, just over 24% of the total.
The data refer only to the vaccination center in via Malta, in Syracuse. Six other vaccination points are enabled for the open weekend in the province of Syracuse. Data not yet communicated and / or available.