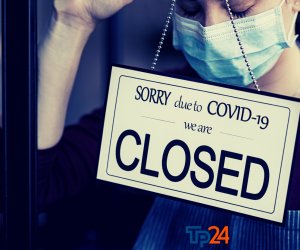 An aperitif with a view of the sea, in defiance of anti-crowd rules. 12 were fined by the Carabinieri in Pizzolugno, a seaside hamlet of Erice, near Trapani.

In fact, over the weekend just passed, the Carabinieri of the Trapani Company intensified their checks with the use of different crews dedicated to compliance with the Covid-19 anti-contagion regulations.

The Carabinieri of the Erice station with the help of their colleagues from the Borgo Annunziata station, in the late afternoon of Saturday, during the completion of the service, they noticed a large quantity of a commercial activity on the seafront of the city, in the Pizzolungo area. of cars parked near bars and commercial establishments dedicated to catering.

Given the time, typical of happy hour, the Carabinieri decided to go inside to check the presence of customers in the room, among other things, already sanctioned at the beginning of the month as they were surprised with customers intent on consuming at the counter.

The doubts of the military were well founded: there were 12 people sitting at the tables who, in violation of the current anti-contagion rules, consumed an aperitif with a sea view at sunset.

The administrative sanctions for the patrons were triggered while, given the recidivism of the subject, the premises were closed for 5 days.